In this article I am going to show you how to Migrate Exchange 2013 to Exchange 2016 step by step, I’ll try covering every step as much as I can, I strongly recommend you guys re-checking every step! before performing these steps on your environment!, Don’t hesitate asking questions, consulting with IT expert, even ask me questions I’ll try to answer,  in short words, don’t take risk and raise the flag as needed, this project must be performed thoroughly and very professionally, even if you are tangled up with specific task, calm down, relax try to realize what have you missed.
we get much work here so let’s go over my full explanation and prerequisites we should do, get started.

Pre-requisites on the new Exchange:

In the new server we should prepare the server with the following configurations:
– Install Net 4.5.2
– Install the Unified Messaging Communications Managed API 4.0 Runtime:
https://www.microsoft.com/en-US/download/confirmation.aspx?id=34992

– Then, restart the machine.

The next step is installing the Exchange Server 2016:

You can check update before initiating Exchange installation:

By default, Exchange installed the first database on the same folder where the Exchange is installed, I want to move it to the different location and change the name of the DB.
Let’s get all Current Exchange’s databases:

Set database limits settings- you can keep in your previous settings…

Make sure you configure it correctly:

Currently, the Exchange 2013 works with external URL’s so I am going to use on the same URL for Exchange 2016 as well: 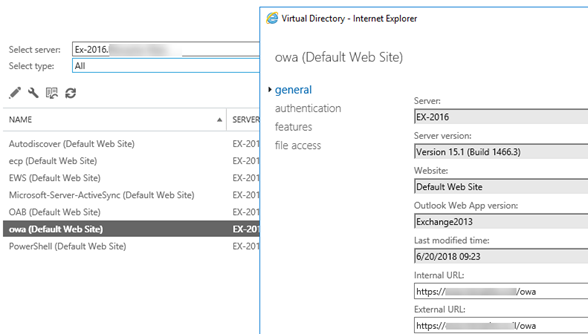 Configure the Outlook Anywhere:
Internal and external HOSTNAME, in my case: Mail.pelegit.co.il

Into your firewall, you should check that you are allowing HTTPS (443) requests externally to your Exchange server, see example below:
There is virtual IP from external IP to internal (Exchange 2016):

Make sure there is access from your DMZ (PineApp to two Exchanges):
Now you have to make sure that there is accessing from the WAN to LAN into your Exchange 2016 object and enabling the following Ports:
https://docs.microsoft.com/en-us/exchange/plan-and-deploy/deployment-ref/network-ports

What about the MX record?
Basically, you shouldn’t change it,  mostly the MX points to Anti Span as it was and into your firewall there’s already allowing ruled from DNZ to your Exchange server and opposite, in a case of sending email through send connector Smart host (HTTP/S, SMTP, DNS, and needed ports).
In addition, into your PineApp, already has a relay and local domain which are transferring SMTP to Exchange servers you just have to make the steps I have done below in your PineApp.

Another point –  Currently the Anti-Spam (PineApp) knows to forward SMTP to Exchange 2013, we should Add Exchange 2016 to the routing list as well:

In a case that your internal DNS zone is same as the domain name, you can create A RECORD that points internally to your server or externally:

Add the new Exchange server to the “Send Connector”: 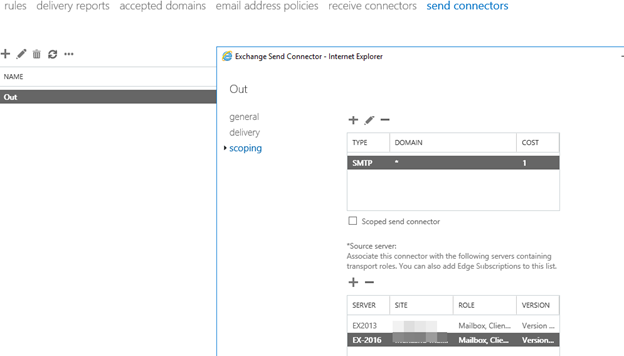 We should move the arbitration mailboxes to the new Exchange databases, as knows the attribution mailboxes are very useful for Exchange, such as migration process, audit, storing system data:

Re-checking the Arbitration’s  mailboxes location and you can see that they have moved to Ex-2016:

This might be a long task but most important, here we’re starting with mailboxes migration, and moving them from Exchange 2013’s databases to Exchange 2016’s databases, please follow the easy steps:
– Don’t migrate a big bunch of people at once!

Choose the mailbox, I’m intentionally starting with a single mailbox, post migration we will have to check some test before migrating the entire organization like Mobile connectivity, EWS services, free buys, send & receive OWA login and son on:

Please pay attention to the log’s disk capacity, because during the migration tasks the disk going to be increased extremely. 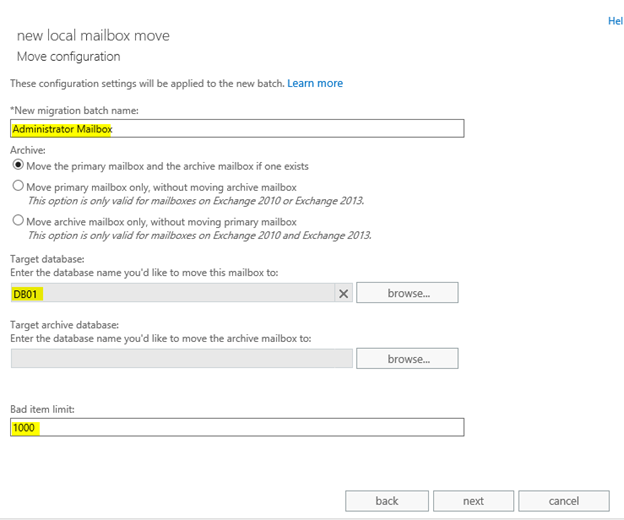 Send the success/failure report to the administrator and automatically complete the batch: 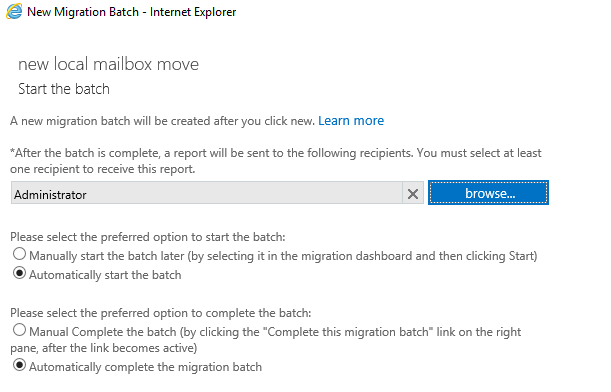 Let’s send a test message internally and externally and look into the headers
Received to my email:

Connect your mobile and test if as well.
Try to access EWS service an make sure Free & Busy works.

Check what public folders do we have:
Open Exchange Management Shell and run the following command:

Move any existing Public folders on EX2013 to Exchange 2016: 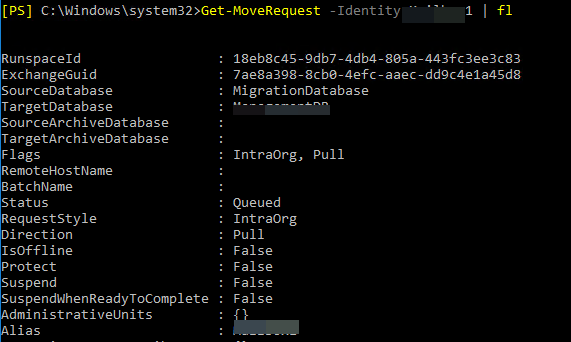 Copy Receive connectors settings, just open both simultaneously [EX13 against EX 16] comparing between settings, that’s for you won’t have a headache.
The last task is decommissioning the Exchange 2013 which should be straightforward if you have completed all task correctly:

1) Remove any old databases that belonged to Exchange 2013, make sure there is no data!.
Know we have to remove the old Exchange 2013, just go to the old server and open the “Appwiz.cpl” and uninstalling the Exchange 2013:

Don’t forget, remove the old records, data in your firewall Anti-Spam, DNS and so on, just prevent from leaving leftovers.

When moving away from Exchange Server to a cloud-based Office 365 platform, then there are certain challenges that you may face before or during the migration process. To be honest, migration is not an easy […]

Hello guys, In this post I am going to show you how to migrate Migrate public folder Exchange 2010 to Exchange 2016 which including step by step based Microsoft best practice, this post began due to the […]